Thomas Jefferson High School of Science and Technology (TJ), ranked as the nation’s #1 high school by U.S. News and World Report, is in the crosshairs of the Virginia Secretary of Education, Atif Qarni, and Fairfax County Public School Superintendent, Scott Brabrand. Lamentably, yet again, a miniscule number of Black and Hispanic students were admitted to TJ’s freshman class.

Over the summer, Secretary Qarni convened a secretive “task force” to sketch out their preferred solutions. His conclusion: “It’s certainly not a difficult problem to fix. The problem has been a lack of political will.”

As a parent of a TJ graduate, a former teacher and education reform professional, I too am distressed and impatient over the dearth of Black and Hispanic students at TJ. However, I am equally distressed that it appears Superintendent Brabrand and Secretary Qarni are flirting with slapping on a quick Band-Aid solution that will erode TJ’s merit-based admission standards. Not only will this short-sightedness fail to administer deep healing to a festering wound, it will create more problems.

If Secretary Qarni believes it’s easy to raise Black and Hispanic achievement levels, there certainly is past and modern-day precedent to build upon. In Wealth, Poverty & Politics, Thomas Sowell states, “In 1938, the proportion of blacks attending Stuyvesant High School, a specialized school, was almost as high as the proportion of blacks in the population of New York City.”

Unfortunately, more recently public systems have lost their way. Sowell continues, “In 1979, blacks were 12.9% of students at Stuyvesant, falling to 4.8% in 1995.” In 2020, the New York Times reported 1.1% of the incoming freshman class is Black. This statistic is particularly stunning, since it coincides with the growing ranks of Blacks in the upper two-thirds of the income distribution.

While public systems have largely floundered, faith-based and charter schools have made phenomenal progress; and according to a recently released Harvard study, low-income Black students benefited the most. Students at Success Academy, which operates 47 schools serving 17,000 students across New York City, consistently score in the top 1% on New York’s Regents exams. Yet Fairfax County refuses to consider charter schools and has squelched previous attempts.

Here again, Fairfax County has failed and Superintendent Brabrand, a member of the secretive “task force,” went so far as to disparage hard-working parents – most of whom are Asian – for supposedly using outside “test prep” to ready students for the TJ admissions test, implying this is why they are so successful. He fails to mention that FCPS provides free test preparation classes to families who cannot afford it. Why hasn’t this laudable FCPS program helped?

So, the more significant question for Secretary Qarni and Superintendent Brabrand is do we have the “political will” to reject the false binary of racial diversity vs. competitive academics and embrace solutions that build a robust pipeline of highly qualified Black and Hispanic students. Secretary Qarni has given every indication his answer is “no,” going so far as to suggest he will eliminate TJ’s entrance exam altogether and silence those who disagree.

If he succeeds, it will either harm students or compromise TJ’s public purpose, or both. In the US, we began upgrading rigor for the most advanced students after our shock at Russia being first into space with Sputnik. Leaders across the spectrum have regularly reaffirmed the importance of this mission.

The stakes are too high to let Secretary Qarni and his “secretive task force” paper over embarrassing optics, rather than actually helping larger percentages of Black and Hispanic students excel at the highest levels. Now more than ever, our national security and economic prosperity require a deep bench of inventors, mathematicians and technology business leaders.

Cheryl Buford is a former U.S. Department of Education associate director for program analysis and evaluation. In 2019, she was a candidate for the Fairfax County Board of Education. 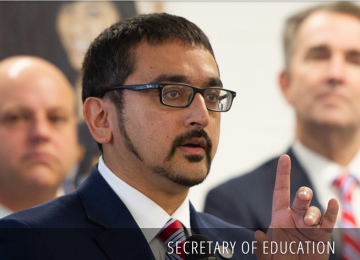 Secretary Qarni, FCPS and the Left’s War on Asians 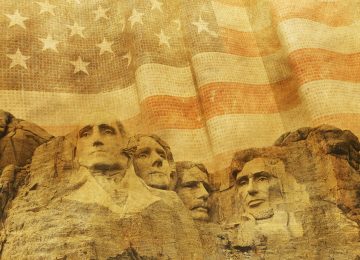 Presidents’ Day – Don’t Let Others Define America for Your Children 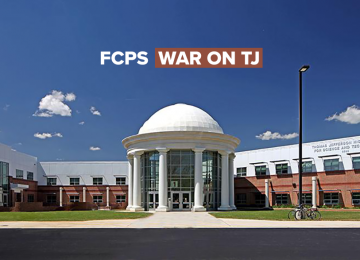 Judge: TJ Is for Gifted Students, But…