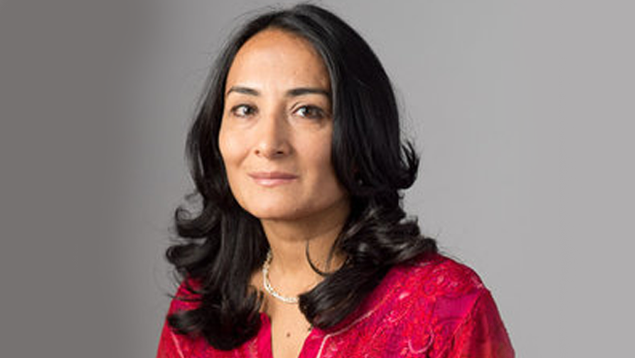 Harry Jackson, the first Black president-elect of the PTSA at Thomas Jefferson High School for Science and Technology, stood before a crowd of parents here at Luther Jackson Middle School last week to oppose the divisive ideology of critical race theory that has put forward flawed policies in K-12 schools across the country, including separating students into racial “affinity spaces” and eliminating merit admissions to TJ, America’s No. 1 high school.

Across the circular driveway, outside the front doors of the school, the first vice president of the Fairfax NAACP, Michelle Leete, stood in a counter protest, extolling the crowd of about 100 people gathered before her with a very different message.

Then she punctuated her protest with this proclamation: “Let them die!”

Behind her, videotaping her remarks, I stood stunned.

A single mother in Fairfax County Public Schools since my son was in kindergarten, I am a Muslim immigrant from India, and, like Jackson, I oppose the ideas of critical race theory because it is in America’s democracy and our public school system that I was able to go from being a 4-year-old in America, speaking no English, living in poverty with my family, to working as a staff reporter at the Wall Street Journal at the age of 23.

Do we need to correct injustices that exist in society? Of course. Is the new racism of critical race theory the answer? Absolutely not. At TJ, for example, from where my son just graduated, parents who are “anti-admissions policy change” are opposed to the racism of the new anti-merit admissions process that just purged the percentage of Asian students from 73 percent in last year’s admissions class to 54 percent this year.

Listening to Leete, what was as shocking as her remarks was the thunderous applause that followed from the almost all-white crowd – none of whom spoke out against her remark. Who were they? To my left, in a bright pink shirt, Bryan Graham, the chair of the Fairfax County Democratic Party, the organizers for the counterprotest, applauded Leete’s punctuation, “Let them die!” To his left, George Alber, a member of the Fairfax County Human Rights Commission, also clapped.

Across from them was Kimberly Adams, the chair of the teachers’ union, the Fairfax Education Association, a local chapter of the National Education Association. Nearby was Geofre Schoradt, a Fairfax County Democratic Committee leader and the event organizer. In the supportive crowd was also a member of the TJ Alumni Action Group, a lobbying group of alumni activists who have waged a campaign against merit admissions to TJ, and Democratic Virginia Sen. Jennifer Boysko. Ironically, when she spoke, Boysko heralded the group for standing up for “kindness, inclusion and love.” Boysko did not issue a statement about the event.

Standing at the doors to Luther Jackson Middle School, I uploaded the video to my Twitter account to share my witness with the world. I later uploaded the entire livestream downloaded from the Fairfax County Democratic Committee’s Facebook page. The video has ricocheted around the world because it struck a nerve.

There is a war being waged against parents from Beaverton, Ore., to Barrington, R.I. Denied public records request, taunted as drug users and shut out of school board meetings, as happened to parents recently in Loudoun County, we feel as if we might as well be dead to educrats, activists and self-proclaimed “equity warriors” who are ramming their divisive ideology into our schools in a campaign to “disrupt” education.

I am not only a mother, but I am a Democrat. Growing up in West Virginia, I prided myself in my identity as a Mountaineer whose state separated from Virginia over the issue of slavery, on the correct side of history. I only moved to Virginia in December 2008 because the state voted for President Barack Obama. I thought that the state was finally progressive enough for the feminist that I am.

But I am not an ideologue. And that has won Republicans my votes in recent years. As Democratic political strategist James Carville has warned, “wokeness” will cost the Democrats votes. I – and many commonsense parents and community members — reject the dangerous war on education that activists and education officials, from Richmond to county seats, are now waging in Virginia, with their war on math, advanced diplomas and advanced academic schools, such as TJ.

Parents are not part of some “dark money-fueled machine,” as Graham insists is behind the criticism to “Let them die!” In a Twitter response to the video, he said “I reject ‘let them die.’ I also reject the idea that the @FairfaxDems rally encouraged violence,” He then asked for donations to the Fairfax County Democratic Committee to “fend off the right wing’s attacks on public education.”

We are human beings, perhaps with different points of view, but no matter where the debate, no one should ever even imagine death upon an adversary. Leete sent CNN a copy of her speech to show she had written, “Let them (ideas) die,” but it isn’t often that parenthetical phrases are written into speeches. Alber said in a tweet that he knew she was referring to “ideas” dying. The Fairfax NAACP said that it stands “firmly”, while calling for “civil conversations.”

The Virginia PTA correctly asked for Leete’s resignation and received it. But, emblematic of the national war by activists on parents with a different point of view, the Virginia PTA is also moving forward with plans to dissolve the TJ PTSA, where parents just elected Jackson and a majority of board officers who reject the ideology of critical race theory and support merit education.

We are legitimate voices and northern Virginia is ground zero for resistance to the divisive rhetoric of people who believe in the toxic ideas of critical race theory. The future of America is on the line.

As Jackson said that night, watching a replay of Leete’s proclamation, “Let us live!” And win.

This commentary was first published by the Fairfax County Times on July 23, 2021. Asra Q. Nomani is a former Wall Street Journal reporter, a Fairfax County parent, and a cofounder of Coalition for TJ. Follow her on Twitter: @AsraNomani.

Effort to Remove Elaine Tholen Will Be Decided in Court

What Is the FCPS Plan? Fairfax Parents Want to Know. 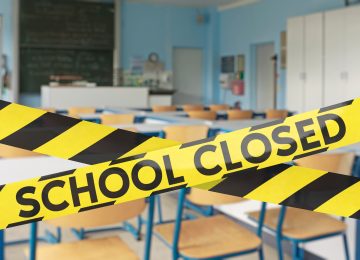 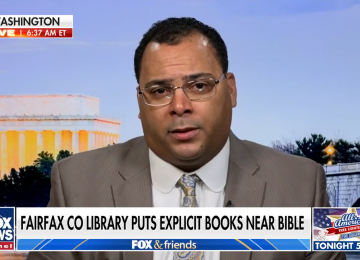