Get the Facts on Bias in Today’s Media From Brent Bozell
Guest Speaker at FCRC Meeting:  7:30 PM, Tuesday, October 16

Partisan Media Campaign to Defeat President Trump and His Conservative Agenda. Most media outlets across the country have joined with partisan leftist organizations in an aggressive effort to resist President Trump’s initiatives to “make America great again” and to minimize, and even distort, the many achievements and successes of the Trump administration.

As most Republicans know, “the media” have engaged in tactics to undermine the conservative movement for many decades, often ignoring or misrepresenting GOP positions and downplaying Republican positions.

Are such claims of media bias true, or do they just reflect the frustration of Republicans when stymied from getting their way in a nonpartisan media environment?

Get the facts on bias in today’s media from L. Brent Bozell III when he speaks at the next meeting of the Fairfax County Republican Committee scheduled for 7:30 – 8:45 PM on Tuesday, October 16, at Luther Jackson Middle School Auditorium, 3020 Gallows Road, Falls Church, VA 22042.

Lecturer, syndicated columnist, television commentator, debater, marketer, businessman, author, publisher, and activist, Mr Bozell is one of the most outspoken and effective national leaders in the conservative movement today.

He is the Founder and President of the Media Research Center (MRC), the largest media watchdog organization in America.

Since its launch in 1987, the MRC has developed the largest video archive in the world; the popular NewsBusters.org blog site; the CNSNews.com internet news service; MRC Business; MRC Culture; and in April of 2014 launched MRC Latino. The MRC has over 800,000 members nationwide, with over 11 million fans on Facebook.

In 1998, Mr. Bozell founded and was the first president of the Parents Television Council, the largest group in America dedicated to a restoring decency to Hollywood. He founded the Conservative Victory Committee PAC in 1987.

Mr. Bozell’s bi-weekly column (with Tim Graham) is syndicated by Creators Syndicate to over 50 media outlets nationwide. His writings have also appeared in numerous other outlets including the Wall Street Journal, The Washington Post, FoxNews.com, and USA Today. He is the author of four books, including And That’s the Way It Is(n’t) (with Brent Baker), Weapons of Mass Distortion, and Whitewash (with Tim Graham).

His most recent book, Collusion:  How the Media Stole the 2012 Election (with Tim Graham), was a national bestseller and named by USA Today as one of the “5 must-read books about the Obama-Romney race.”

He has been a guest on numerous television programs, including the O’Reilly Factor, Nightline, The Today Show, and Good Morning America. He appeared weekly on the “Media Mash” segment of Hannity, on Fox News, as well as regular appearances on The Kelly File, Your World with Neil Cavuto, and Varney & Co.

Named the 1998 Pew Memorial Lecturer by Grove City College, Mr. Bozell is a frequent speaker on school campuses and for civic and political organizations around the country. Mr. Bozell serves on numerous boards of public policy, religious, and artistic organizations.

Mr. Bozell received his B.A. in History from the University of Dallas, where he was named the 1998 Alumnus of the Year. In 2015, he received an honorary PhD from UD. He is married, with five children and twelve grandchildren.

Parking Lot #1 is available off of Gallows Road. Those who park in that lot should enter the building at Entrance #1.

Parking Lot #2 is available off of Gatehouse Road or by traveling through Parking Lot #1 and traveling around the back of the school. Those who park in that lot should enter the building at Entrance #4.

Do NOT park in the shopping center parking lot adjacent to Parking Lot #1. The parking lot is reserved for patrons of Gold’s Gym and other stores and is not to be used for activities at the school.

Check-in for the meeting will be in the school cafeteria, which is where snacks will be served. It is right down the hall from the auditorium. 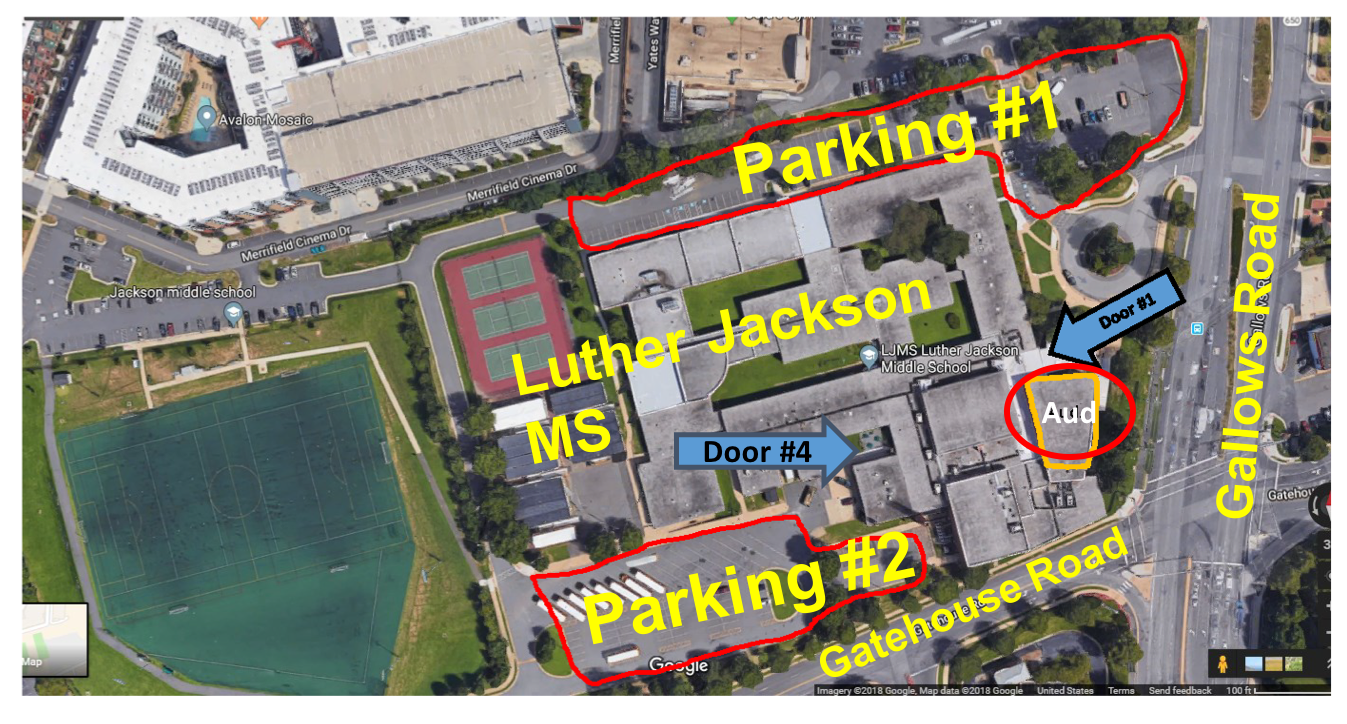 On the Frontlines of Fairfax with Corey Stewart