I, Tim Hannigan, Chairman of the Fairfax County Republican Committee, do hereby call for a meeting of the Fairfax County Republican Committee to be held at 7:30 p.m. on Tuesday, June 19, at the Food Services Cafeteria – Building CF on the NOVA Annandale Campus, 8333 Little River Turnpike, Annandale, VA 22003.      Meeting check-in will start at 6:45 p.m.

Light snacks and beverages will be served but NOT dinner.

The agenda for the meeting follows:

In 2002, Delegate Tim Hugo was elected to the Virginia House of Delegates to represent his district in the fast-growing Centreville area of Fairfax County. Tim’s district now includes parts of western Prince William County.   Currently, Delegate Hugo serves the Virginia legislature as a member of the Transportation, Finance, Commerce and Labor, and Privileges and Elections committees, and Chair a Finance and Commerce and Labor Sub-Committee.   In 2010 Delegate Hugo was elected Majority Caucus Chairman.  Tim currently resides in Clifton, Virginia with his wife, Paula, and their 4 children.

Ken Cuccinelli is the current President of the Senate Conservatives Fund where he is committed to helping elect the next wave of principled leaders. Through out his entire career, he has been a tireless advocate for the freedoms that make our nation great. Cuccinelli  was the 2013 Republican gubernatorial candidate of Virginia.  Prior to running for governor, Ken served as the state’s Attorney General where he was a stalwart champion for the conservative movement fighting Obamacare, amnesty for illegal immigrants and wasteful government spending. He was a no nonsense Attorney General putting away countless criminals, gang members and rapists.   For almost eight years, Cuccinelli was a public servant in the Virginia State Senate where he opposed big government and stood up for strong family values.   Ken holds a bachelors of science degree from the University of Virginia, a master’s degree from George Mason University and a juris doctor from George Mason University School of Law. He is a devoted Catholic who is married with seven children and resides in Virginia.

Every Day is a New Low 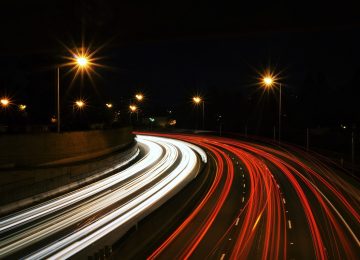