Join Virginia’s most inspiring orator, Pastor E.W. Jackson, and fellow Republicans at a pre-election pep rally to root on our candidates for the U.S. Senate and House of Representatives. See Mr. Jackson’s bio and the event announcement below.

The continued success of the Trump Administration in making America great again rests on the GOP maintaining control of both houses of Congress. That’s only possible if Republicans get out and vote for Republican candidates.

All of us must do whatever we can to maximize Republican turnout at the polls.There’s a role for all of us to play, whether it be door knocking, phone calling or texting, handing out Republican literature at the polls, serving as election officers or poll watchers, or just working on family members and friends to vote on November 6.

One way to help the cause is to attend the FCRC Pep Rally Breakfast and send a strong message to our candidates that Fairfax County Republicans appreciate and support their unflagging efforts to win. Our commitment to them will help inspire them during the final stretch drive to election day.

Moreover, your donations for this event will help FCRC fund election day literature and other materials boosting our candidates.

Come on out, listen to an electrifying Republican orator, demonstrate your personal commitment to our candidates, and enjoy the fellowship of like-minded Republicans. Please join us!

He practiced small business law for 15 years in Boston, and taught Business, Commercial and Regulatory Law at the college and graduate levels.

He is the Founder of THE CALLED CHURCH in Chesapeake, Virginia and S.T.A.N.D. – Staying True to America’s National Destiny, a nonprofit foundation with a national mission to bring Americans together across racial and cultural lines to preserve our Judeo- Christian values and heritage. Through his church, he founded the Chesapeake Martin Luther King Leadership Breakfast and the William Jackson YouthCenter.

He is the author of two books:  Ten Commandments to an Extraordinary Life and 12 Principles to Make Your Life Extraordinary.

Bishop Jackson won the Republican nomination for Lt. Governor of Virginia in 2013 and was a candidate for U.S. Senate.

He and his wife, Theodora, have been married for 47 years, have three children, and reside in Suffolk, Virginia. 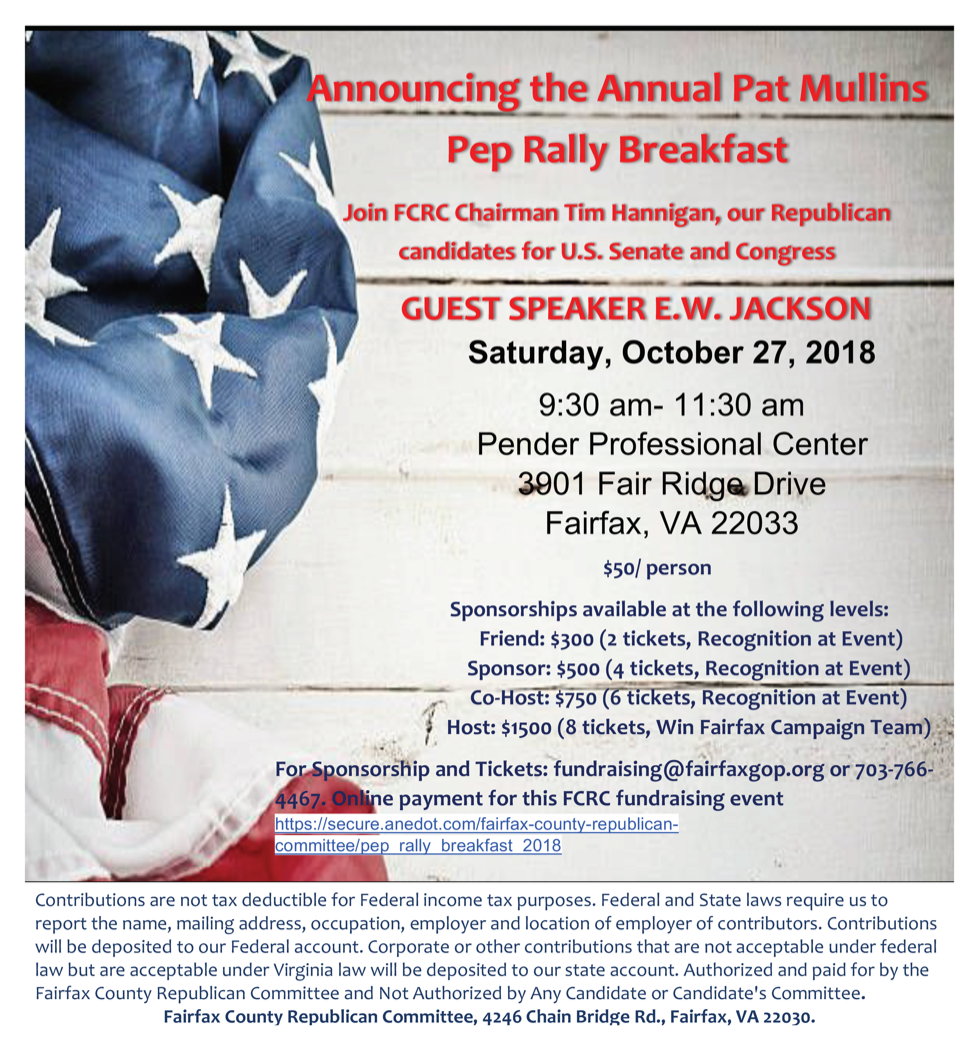 KNOTTS: On to Victory!